Skilled and aggressive representation in Texas 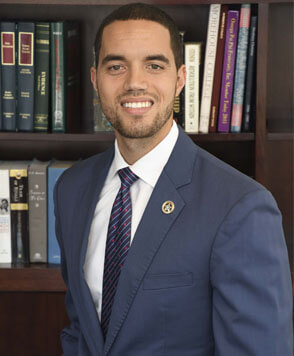 After graduating from Morehouse, Christopher joined global management consulting firm McKinsey & Company, where he consulted clients in areas including telecommunications, aerospace and defense, and public education. He addressed business problems in retail operations, organizational strategy, mergers and acquisitions, pricing, and procurement. He also served as a legal intern in the White House Office of Presidential Personnel. There, he interviewed, vetted, and advised presidential appointees within the Department of Justice, Department of Education, and numerous other government agencies. Christopher was a Summer Associate at Wachtell, Lipton, Rosen & Katz, the world's leading law firm focused on mergers and acquisitions, as well as leading investment bank Goldman Sachs.

Christopher sat on the national board of the National Black Law Students Association, a 501(c)(3) organization comprised of over 200 chapters and 6,000 members. He also sat on the boards of Foster Skills, a Massachusetts nonprofit dedicated to supporting foster youth, and the Yale Initiative for Public Interest Law, which has awarded hundreds of thousands of dollars to worthy legal causes across America. Christopher has managed numerous local political campaigns and is active in the Houston community. He has been a Big Brother for nearly a decade.

Christopher received the Warner Thornton McGuinn Scholar Award while at Yale Law School. He was also a Latin American Linkage Program Fellow. Christopher was a Presidential Scholar at Morehouse College and was a recipient of the Crown Award, the premier award given by the student body for academic achievement. His commitment to scholarship was recognized by his induction into the Phi Beta Kappa Society.

To schedule a comprehensive, free consultation with our Houston personal injury lawyer, call . He serves all of Texas!